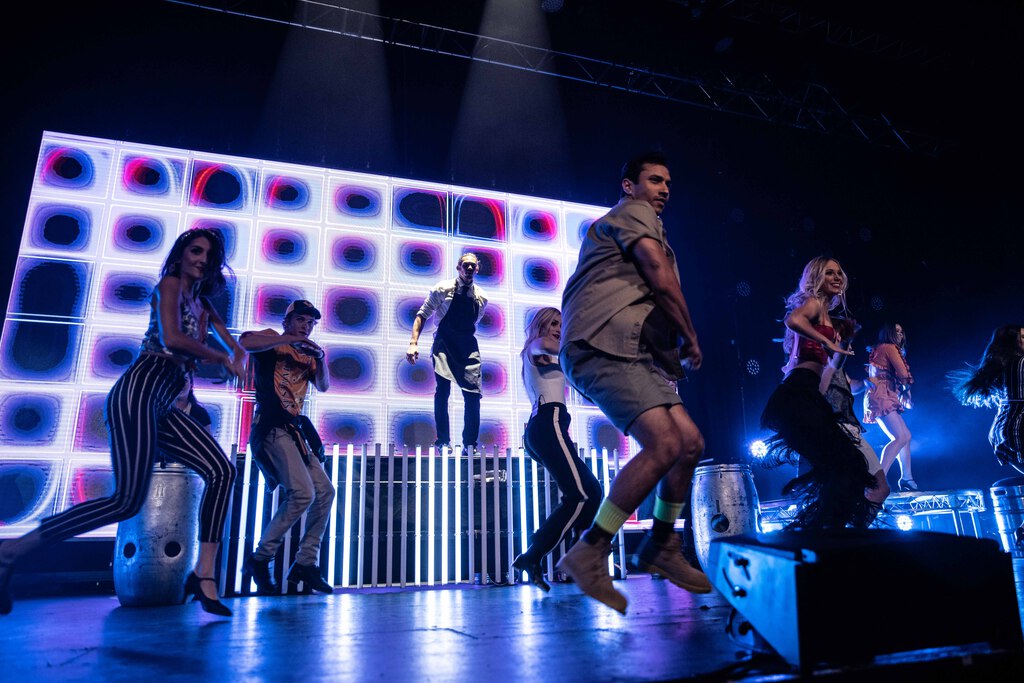 When the feedback for a Sydney Event Agency includes superlatives like ‘awesome’, ‘seamless’ and ‘dynamic’, you know that Alive has produced an industry celebration where people didn’t go home yawning.

Given the complexity of announcing hundreds of awards across 40 industry categories and the magnitude of catering to a crowd of 1200 people, this year’s AHA NSW Gala Dinner produced by Alive Events Agency managed to exceed expectations, with audience engagement at an all-time high for the annual hospitality gongs.

“It was a great event by all reports. AV and opening entertainment was awesome!” said Natalie Bain General Manager, Events and Associates AHA NSW.

In order to pull off the epic custom performance, Alive dedicated 11 months of planning to the night, creating and delivering all multi-media content, production and entertainment design for the Australian Hospitality Association Awards for Excellence.

Set against the virtual backdrop of a Sydney pub, the dynamic opening theatrical scene paid tribute to Australian hoteliers, bringing together diverse groups of people in celebration of all the behind the scenes work undertaken by hospitality staff.

As the AHA NSW Awards annual extravaganza to distinguish the best hotels and restaurants in the state– the long running event is a chance to spotlight hospitality’s finest in a Gala Dinner and entertainment showcase.

Alive was charged with the task of designing a large-scale event which blended cutting edge production with custom motion graphics to draw constant energy and excitement off the stage and into the room.

The complexity of that endeavour was only achieved through the synchronicity of both the meticulous technical production and the bold creative vision behind the Awards Night.

“We needed to ensure that the vast array of lighting, effect and content elements were well prepared with a quick turnaround as the finalisation of winners, presenters and sponsors were determined days prior to the show,” explains event producer Antony Hampel.

Logistically, Alive’s stage team co-ordinated over 800 cues across lighting, sound, content, cameras and stage movement to create a fast-paced show that would carry the energy and enthusiasm throughout the hours of the Awards Night.

By utilising a new to market lighting centrepiece which could be synched with the lighting production, Alive captivated the audience with a cascade of lights across The Star Event Centre, with the illuminated centrepiece also serving as a stylish design element drawing attention centre stage.

Another point of difference which defined the Awards Night as “the best event AHA NSW has held yet” was the integrated, 3 screen content presentation, made laser projection screens left and right of stage, with a central 16:9 LED wall.

“The dynamic motion graphics were optimised through these screens to further bring the energy of the awards night ‘off the stage and into the room,” says the mastermind behind the night, Alive’s director Antony Hampel.

That’s no easy feat when you’re trying to impress 1200 guests who live and breathe hospitality and entertainment, keeping their attention and enthusiasm through 40 award announcements in a single sitting held at the second largest casino in Australia.

Fast pace, creative engagement and seamless production is what Alive do best, demonstrating that almost a year of planning effort goes a long way towards ensuring an Awards Night doesn’t just champion the winners, but serves as its own celebration of a smooth sailing affair.